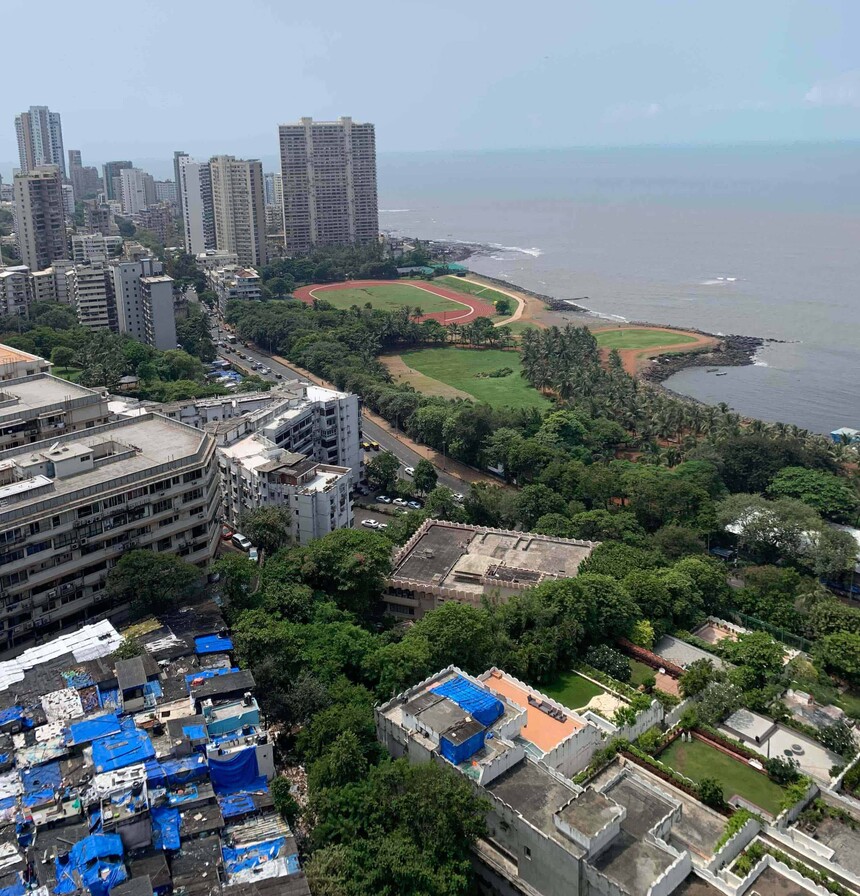 The Nepeansea road neighbourhood is majorly a residential zone with only a handful of everyday shops and commercial zones on the ground. The overall fabric of the neighbourhood is defined by high-rise residential buildings and interspersed slum clusters, consolidating a density of 20,000 people/sqkm. Residents comprise of the extreme income groups, high-income and low-income, living cheek by jowl. Resulting into a constant clash of interests of the two user groups.

The neighbourhood lacks a democratic commons space for use by all, but at the same time it has immense potential for its implementation with underutilised residual spaces and an active residential community. We have thus selected one such underutilised residual space for intervention - providing a commons area of 1870 sqm, which can have an impact over the entire 2 km stretch of the neighbourhood. The chosen site, is visible from the main road and connects to a larger open space towards the shore, providing the possibility for an open space common for use by both higher-income and lower-income living in the neighbourhood.The triangular patch towards the road is identified as an underutilised public space, which is alotted by BMC as a vending space but is used for vending, resting and also temporary shed space for celebrations like Ganesh Chaturti, Durga puja, etc, round the year. While, the large open space towards the shore is found to be a an adhoc multipurpose ground, transformable into a play area or a space for festivals - depending on the kind of use for its residents. The two sites are connected with a bylane, and have a great potential to become a democratic neighbourhood commons space. 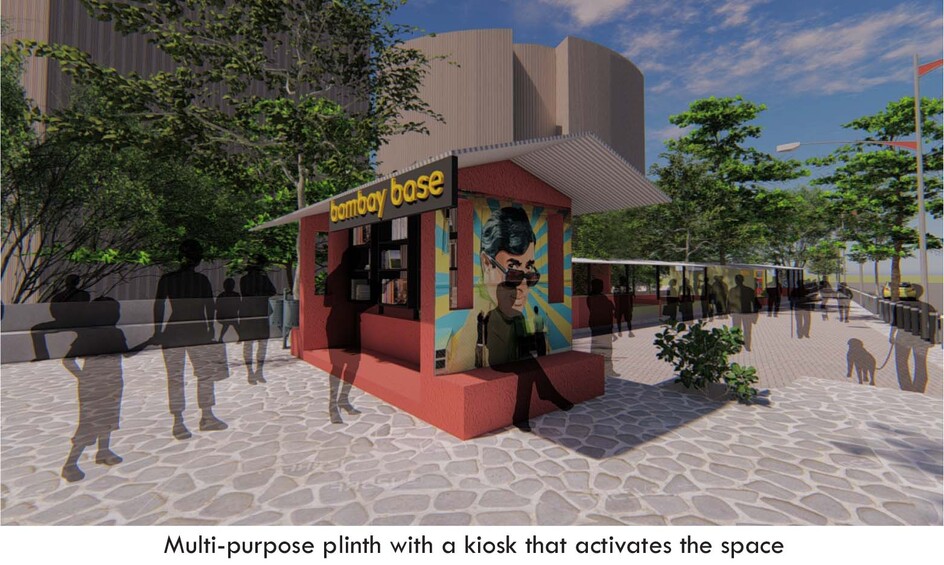 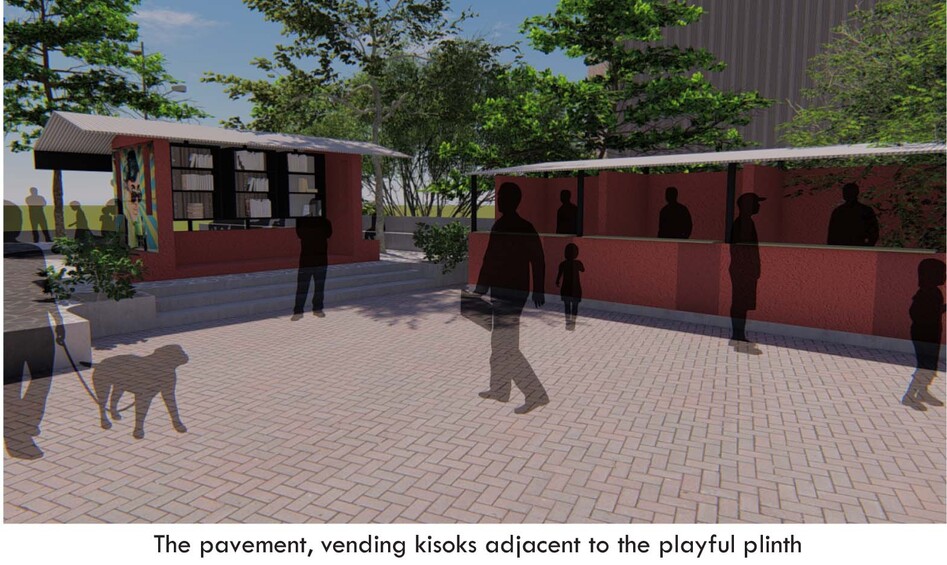 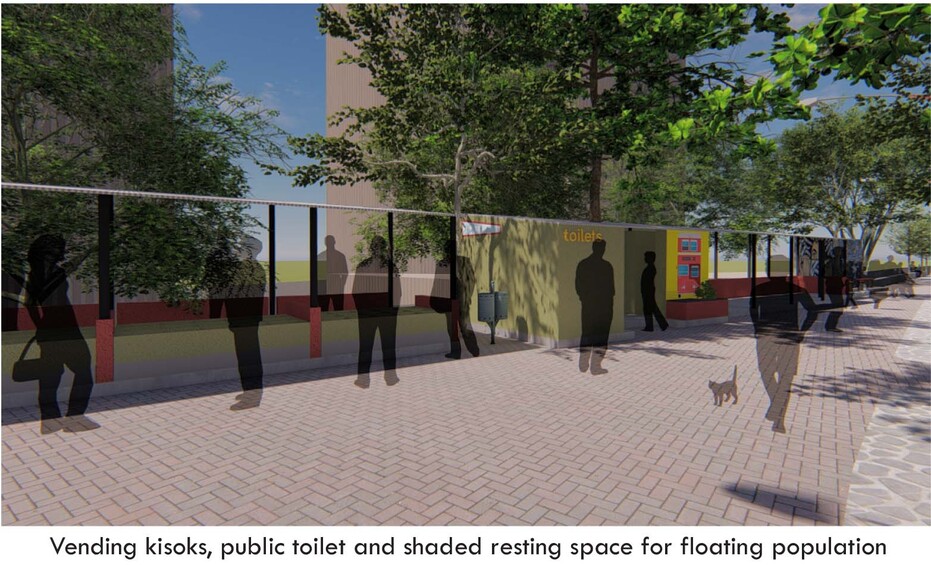 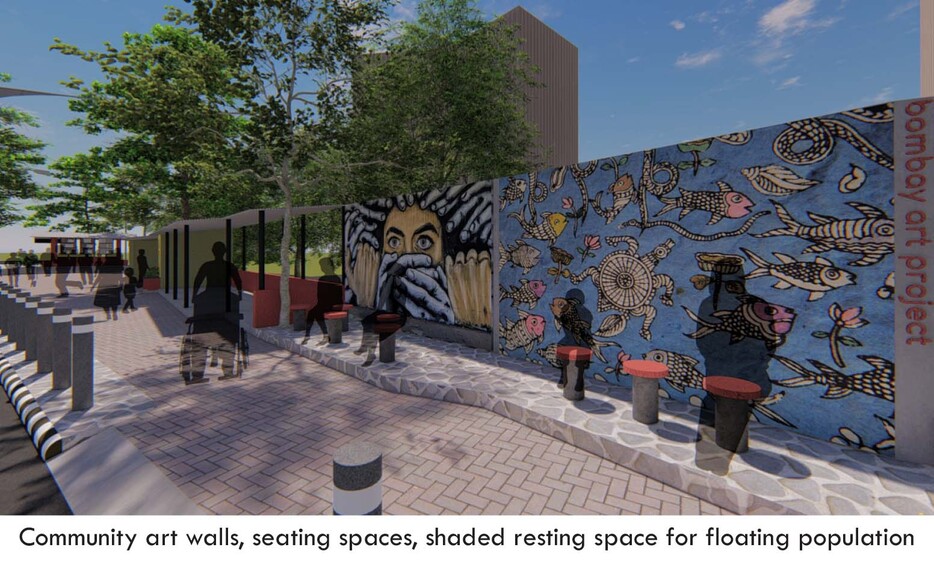 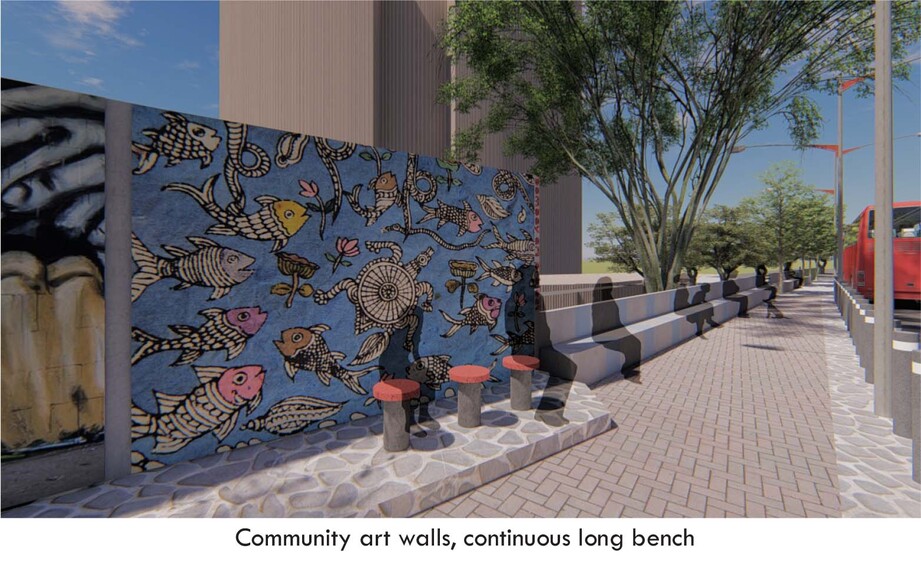