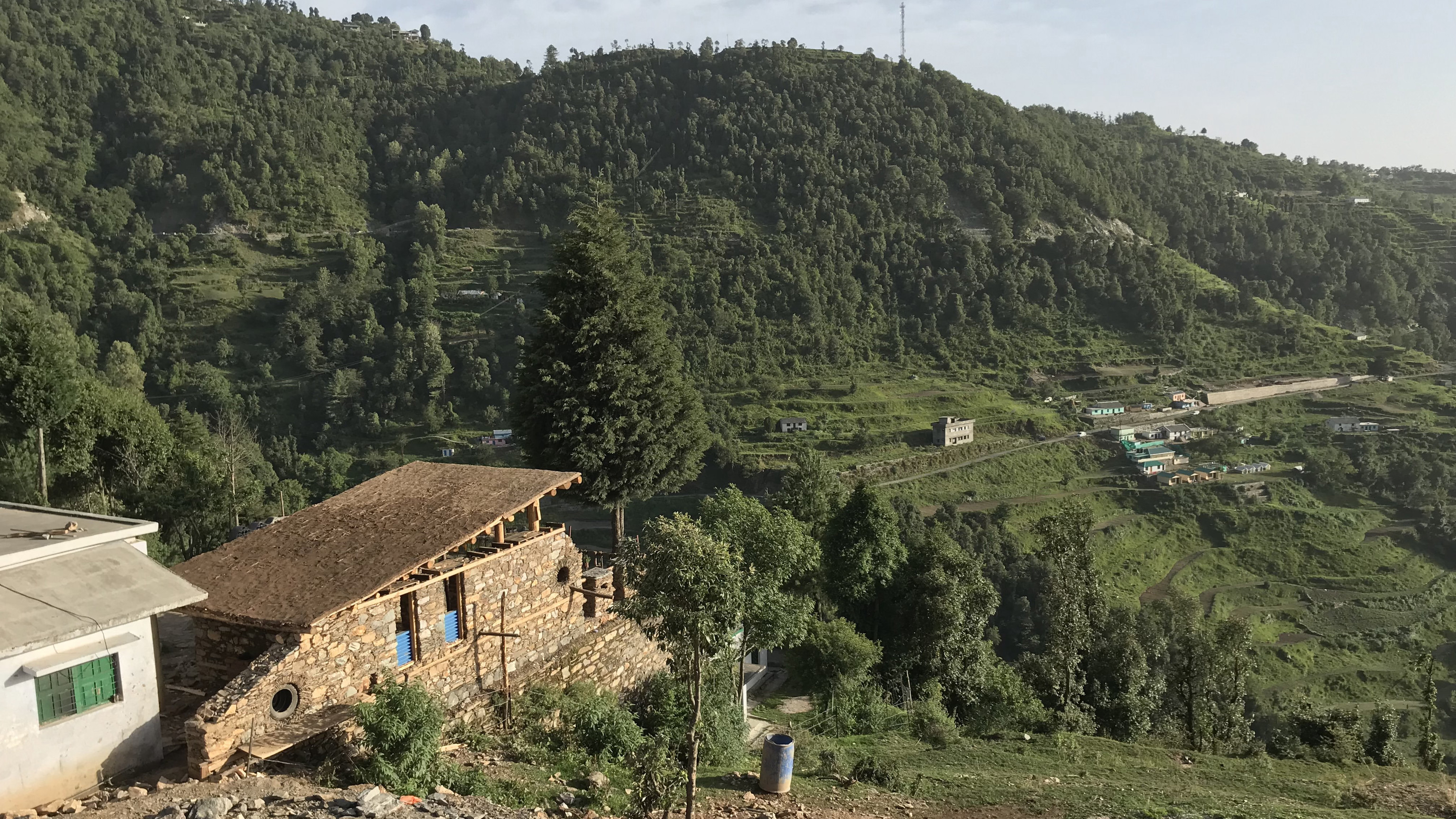 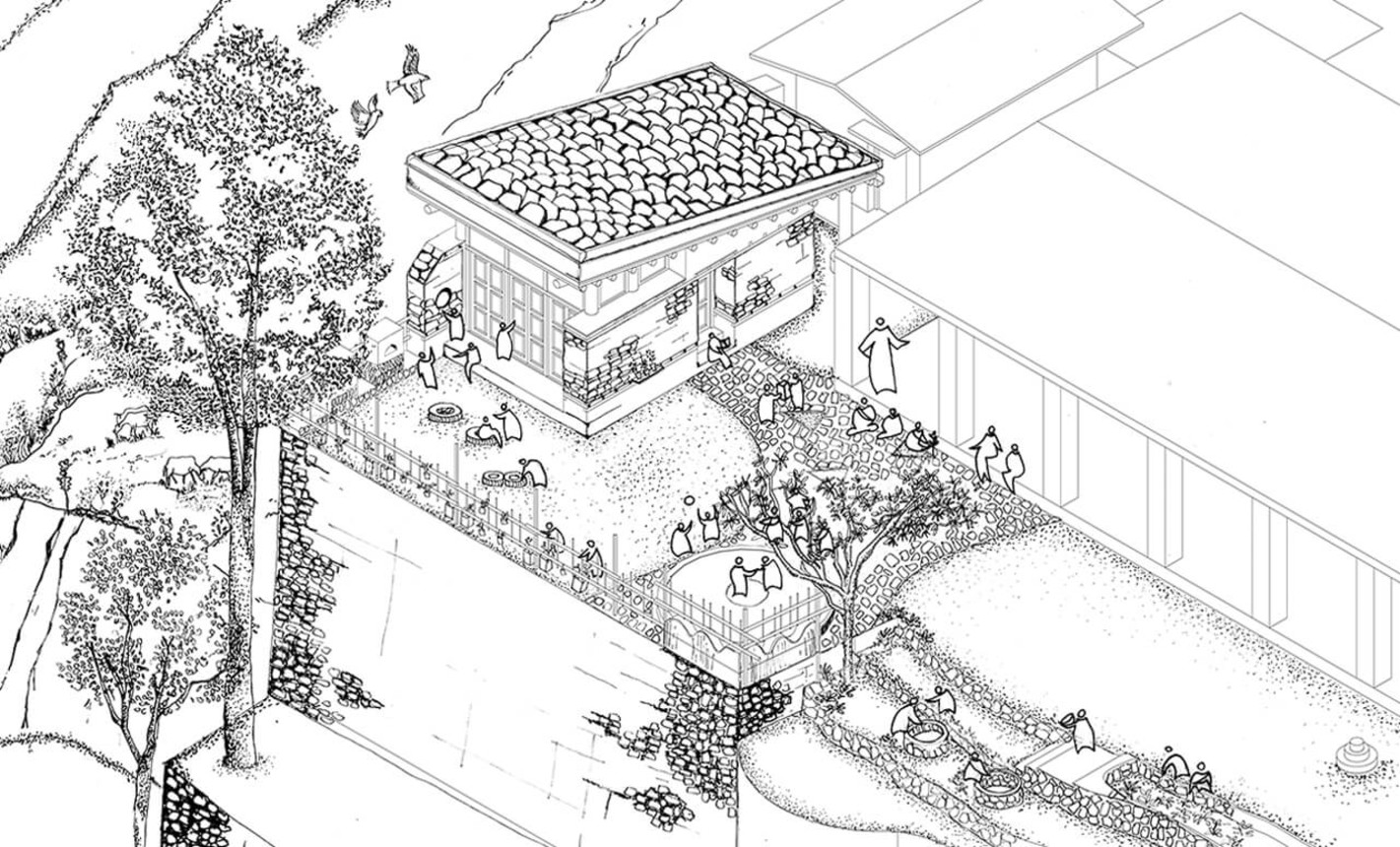 The building and spaces are designed according to the space requirements of the students and teachers. Local materials and techniques are used for construction, simultaneously involving villagers and school students in the process. Earthquake resilience, water proofing and water harvesting is incorporated into the design of the building, informed from the problems faced by the village. Hence, the building system and techniques are designed as a prototype for the village to adopt from.
View project book on this link. 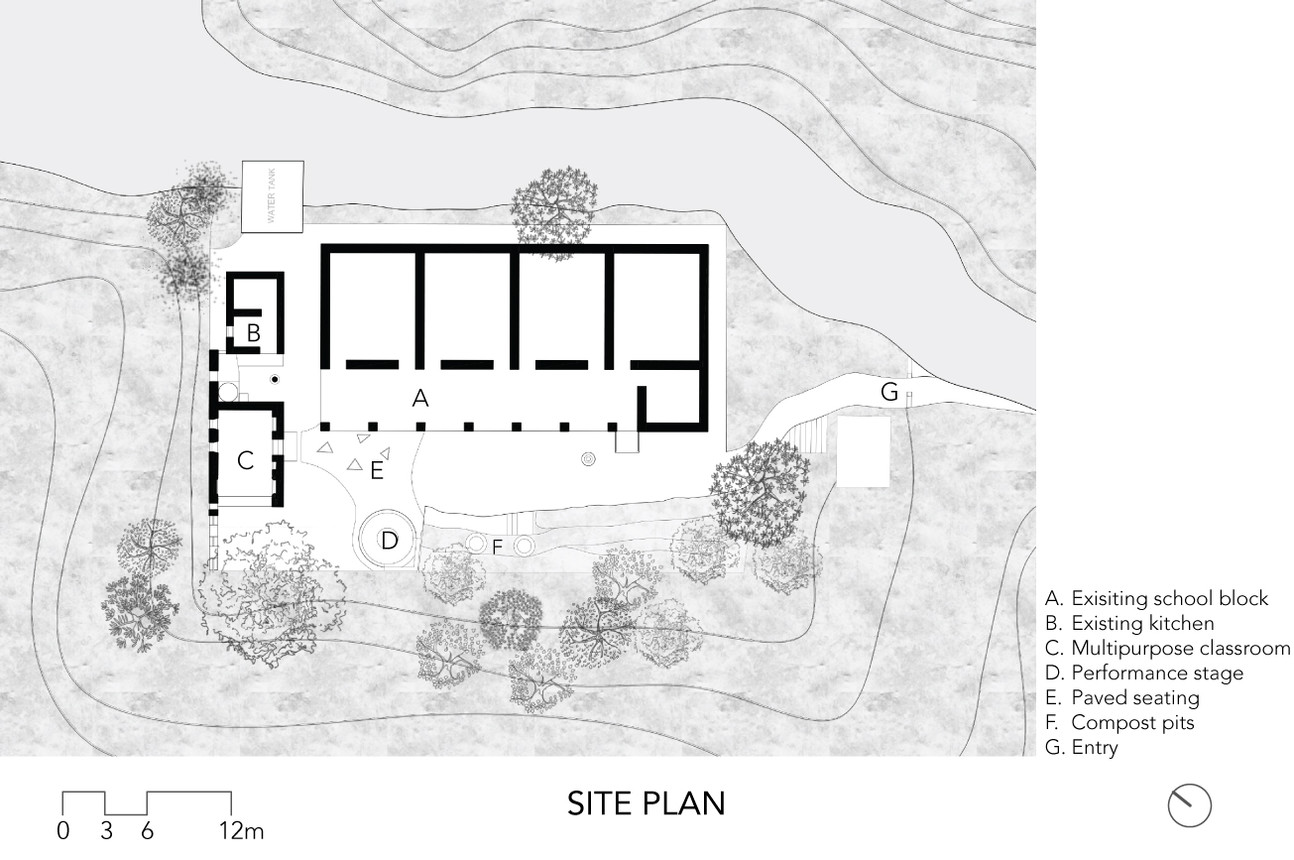 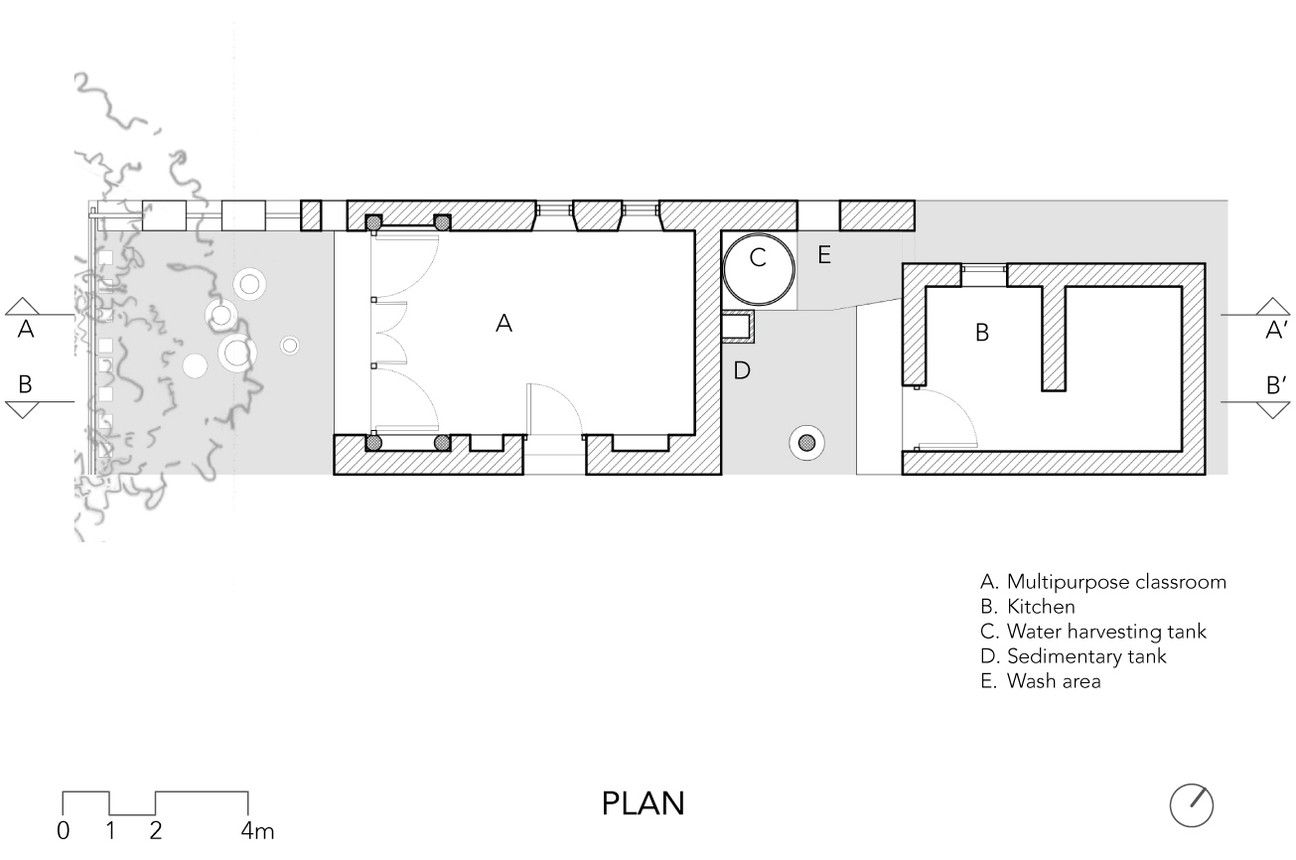 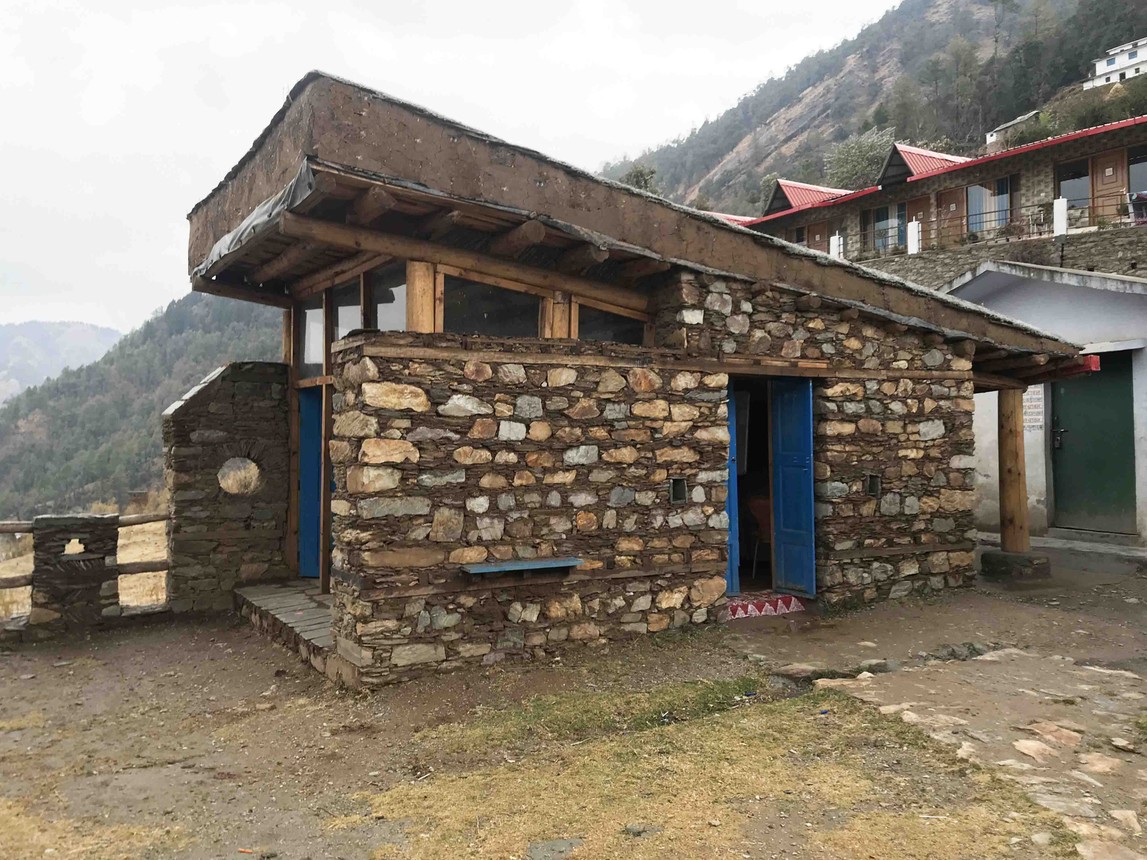 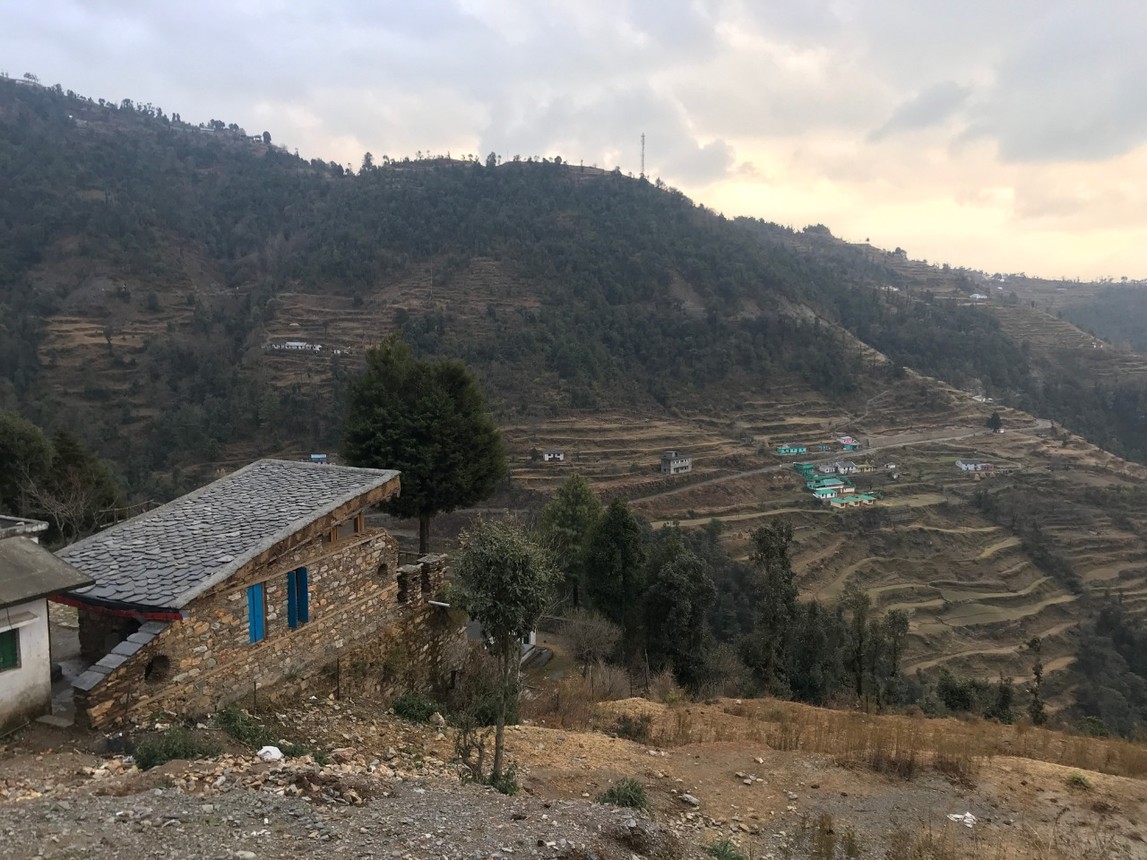 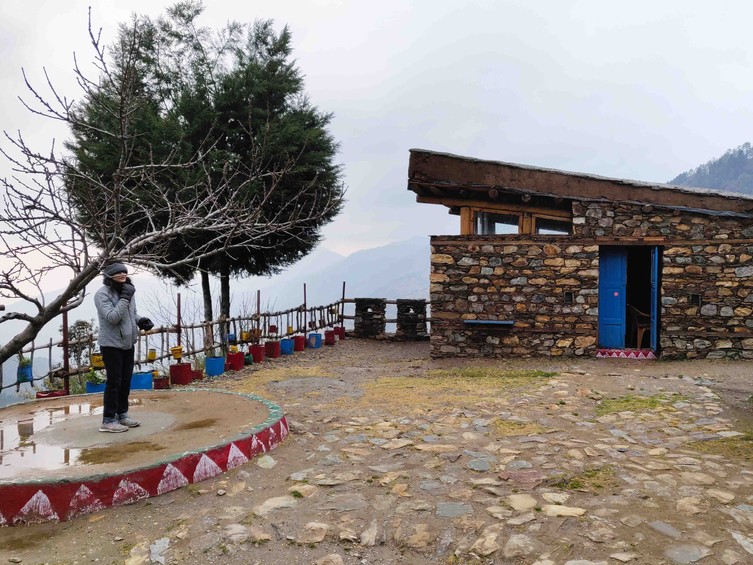 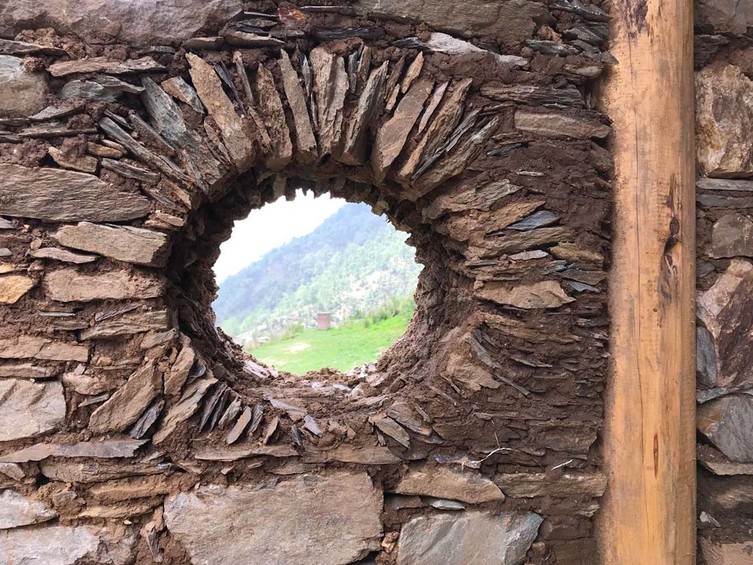 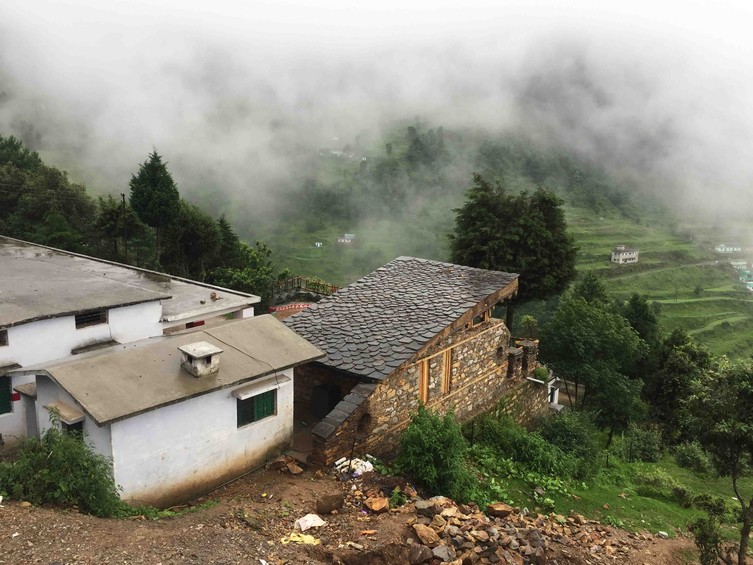 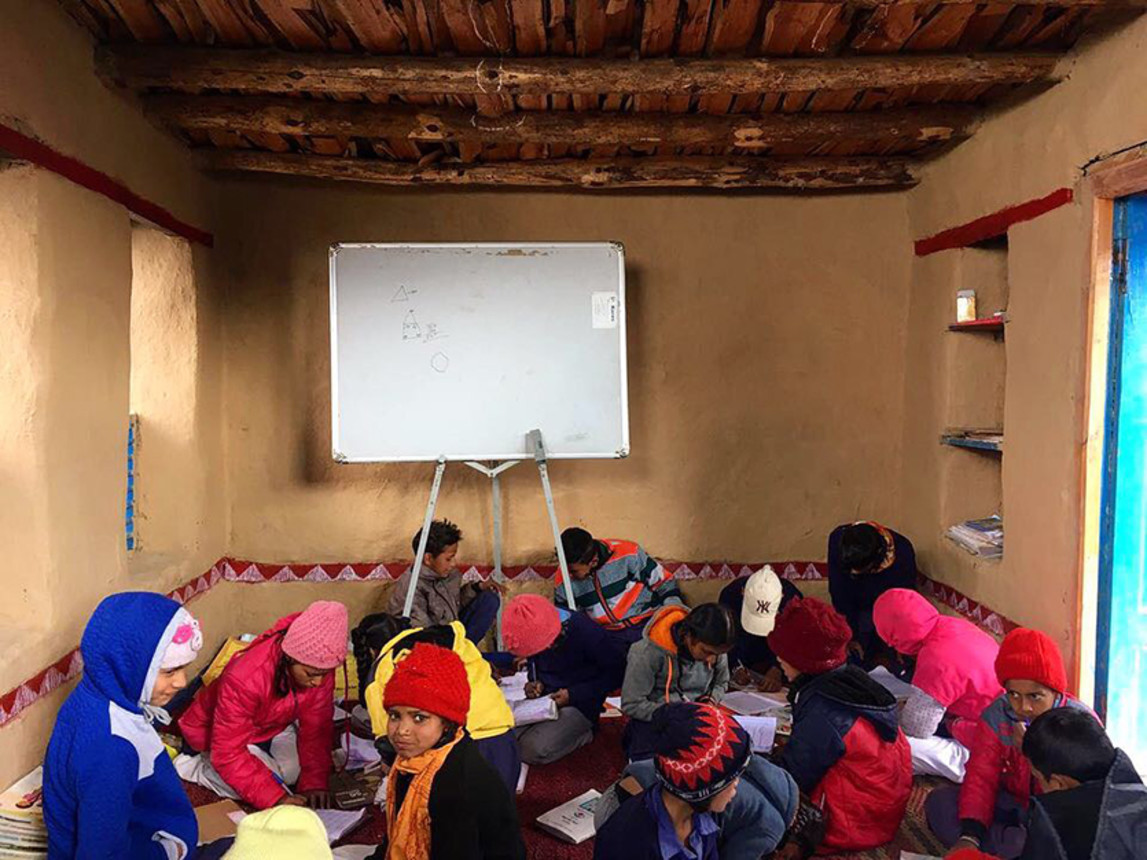 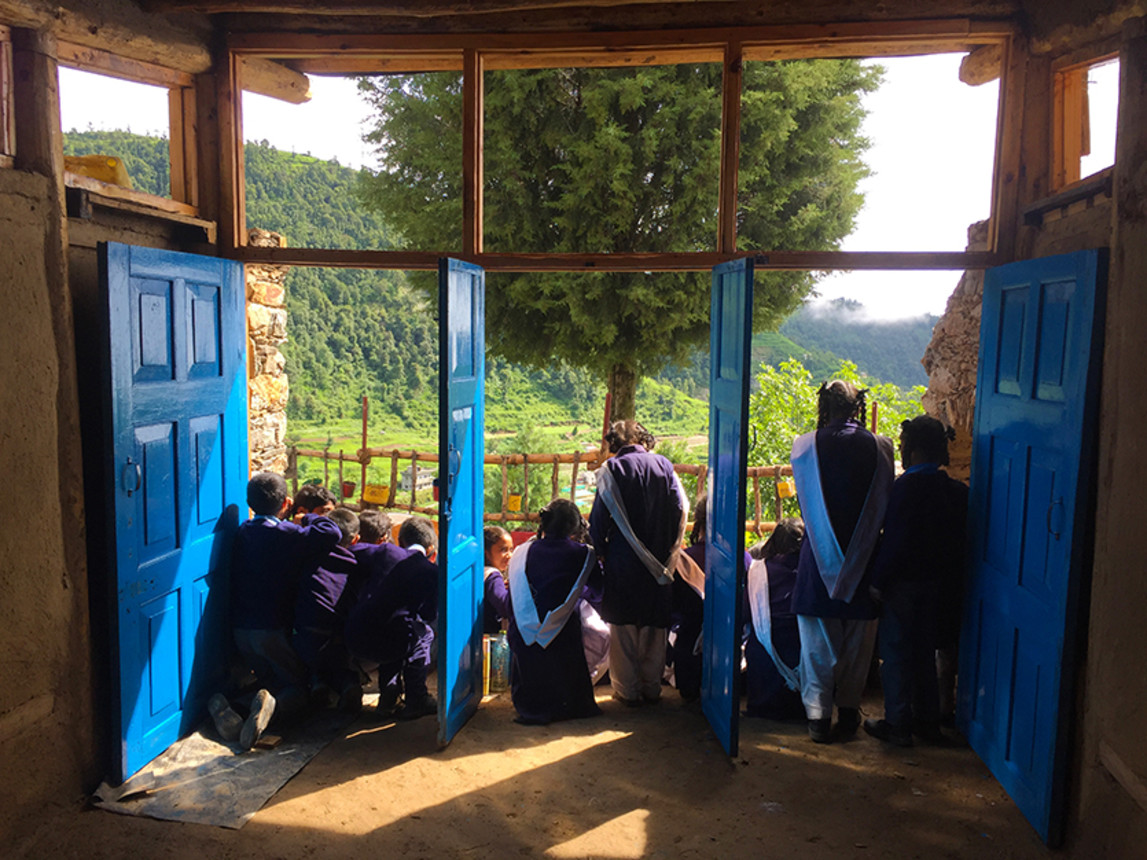 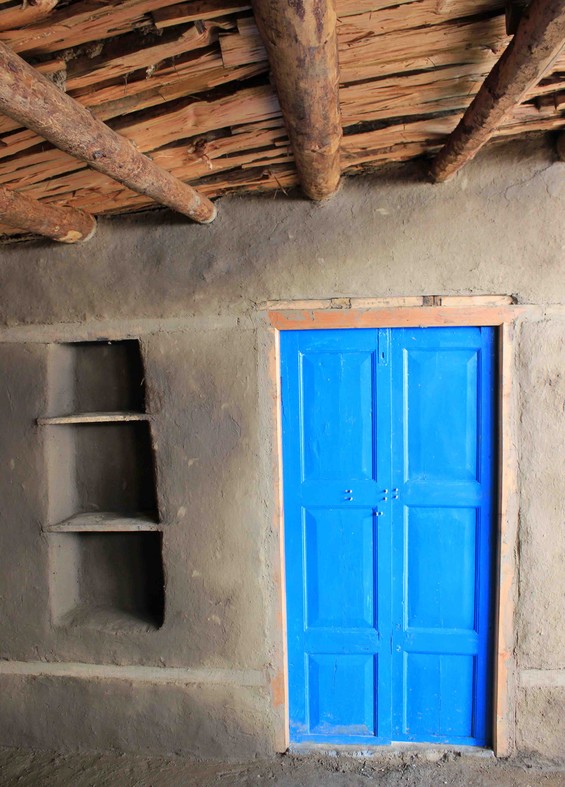 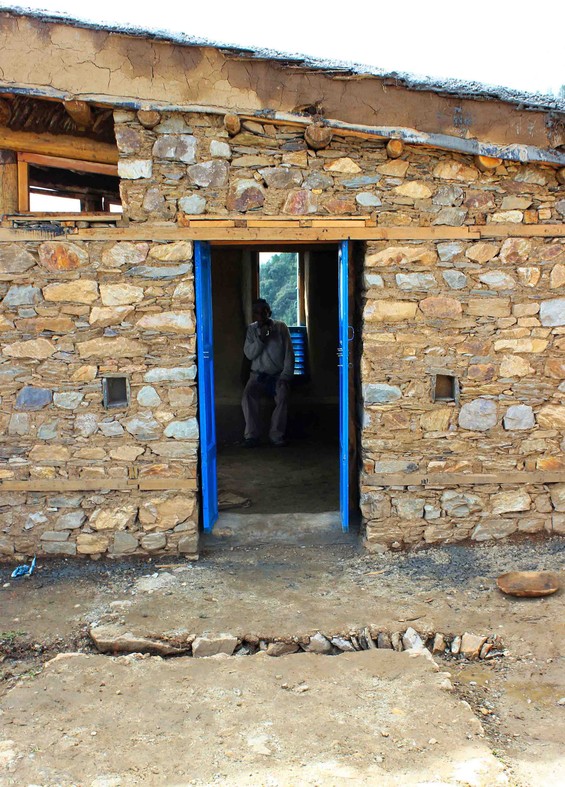 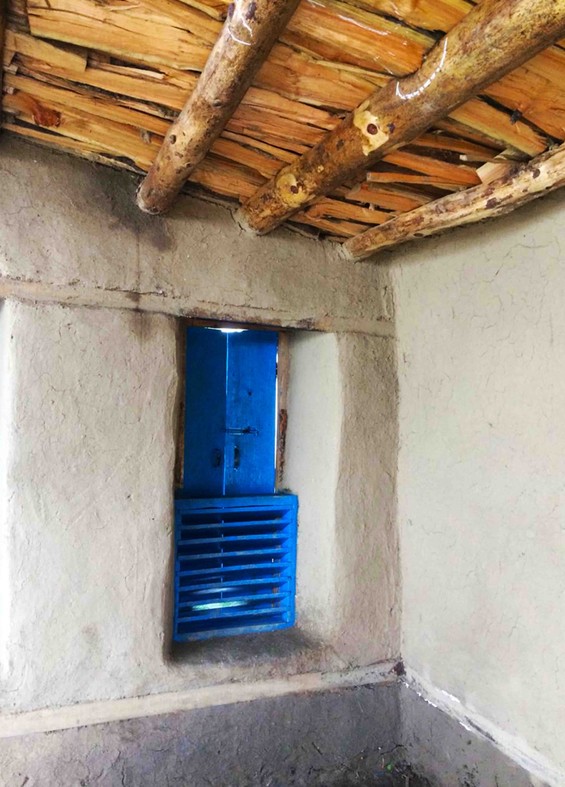 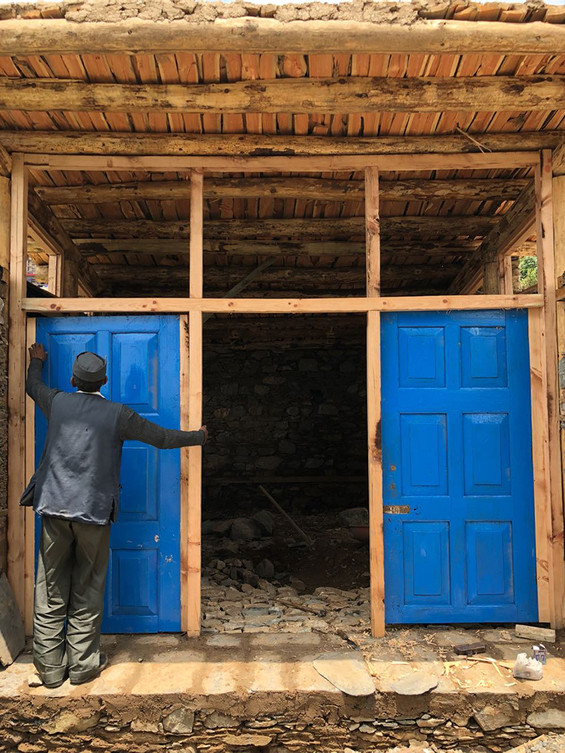 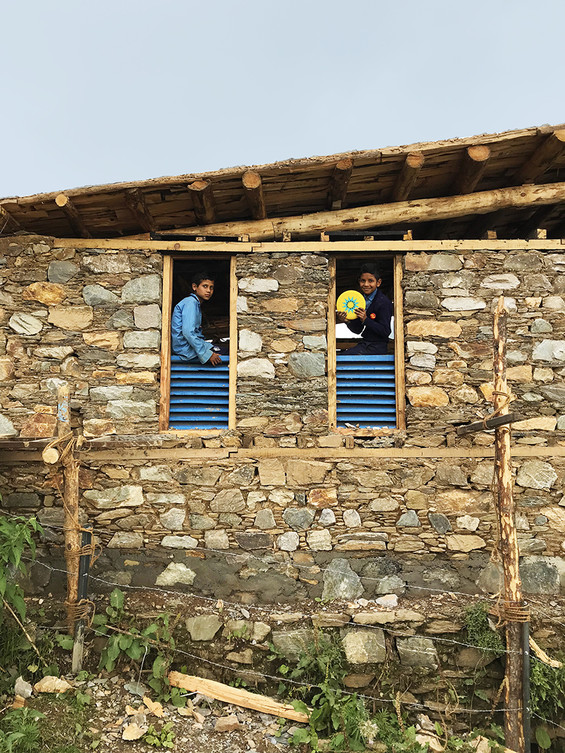 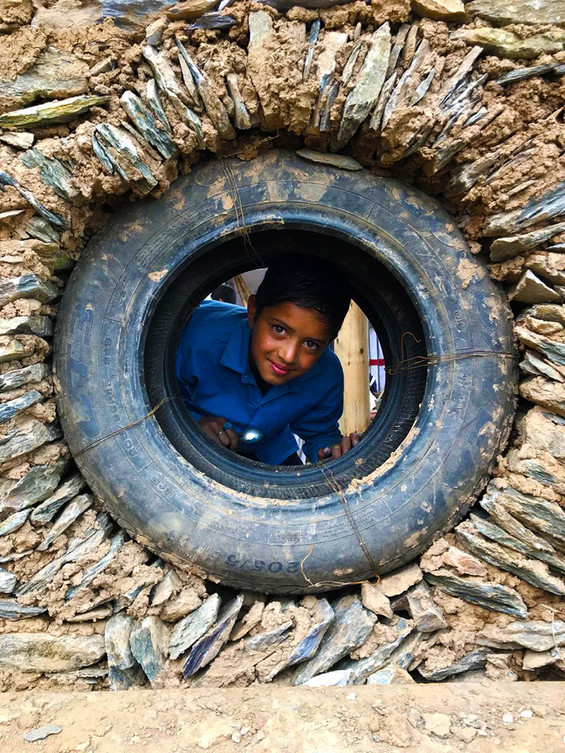 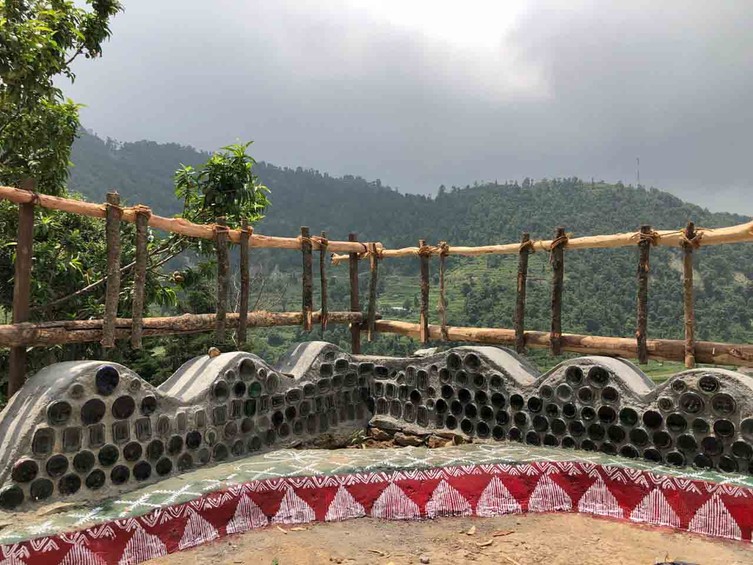 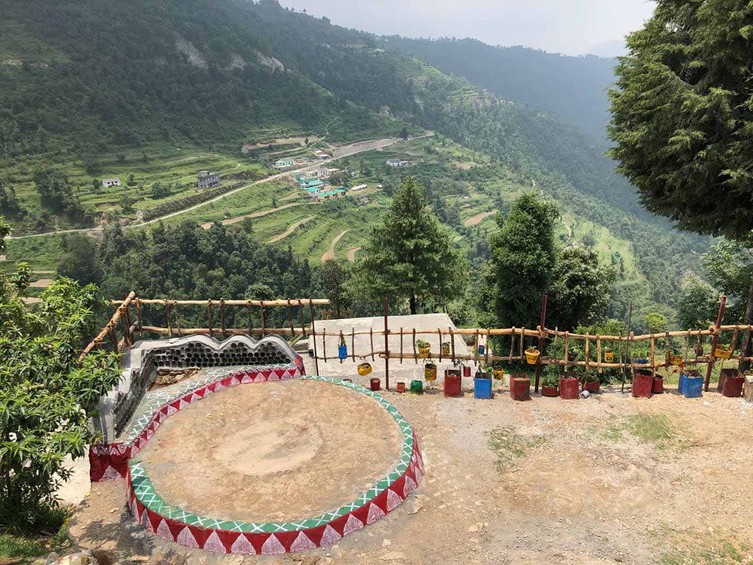 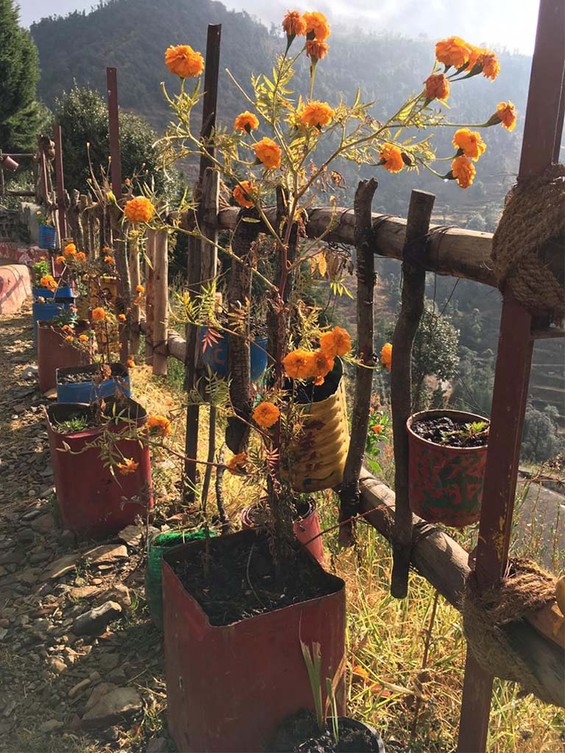 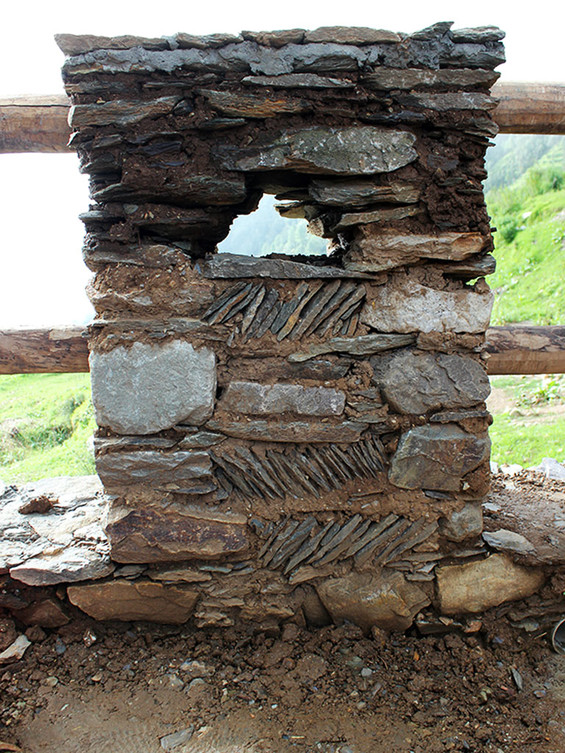 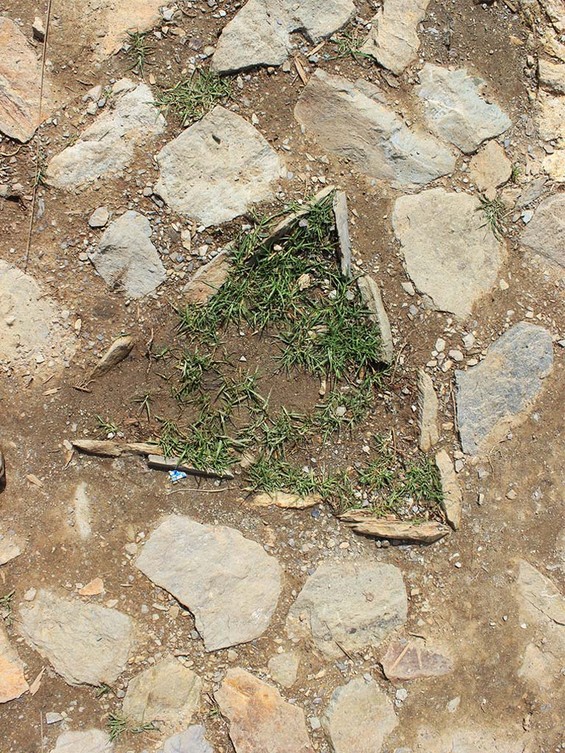 The Chowk Installation - An Interactive Signage 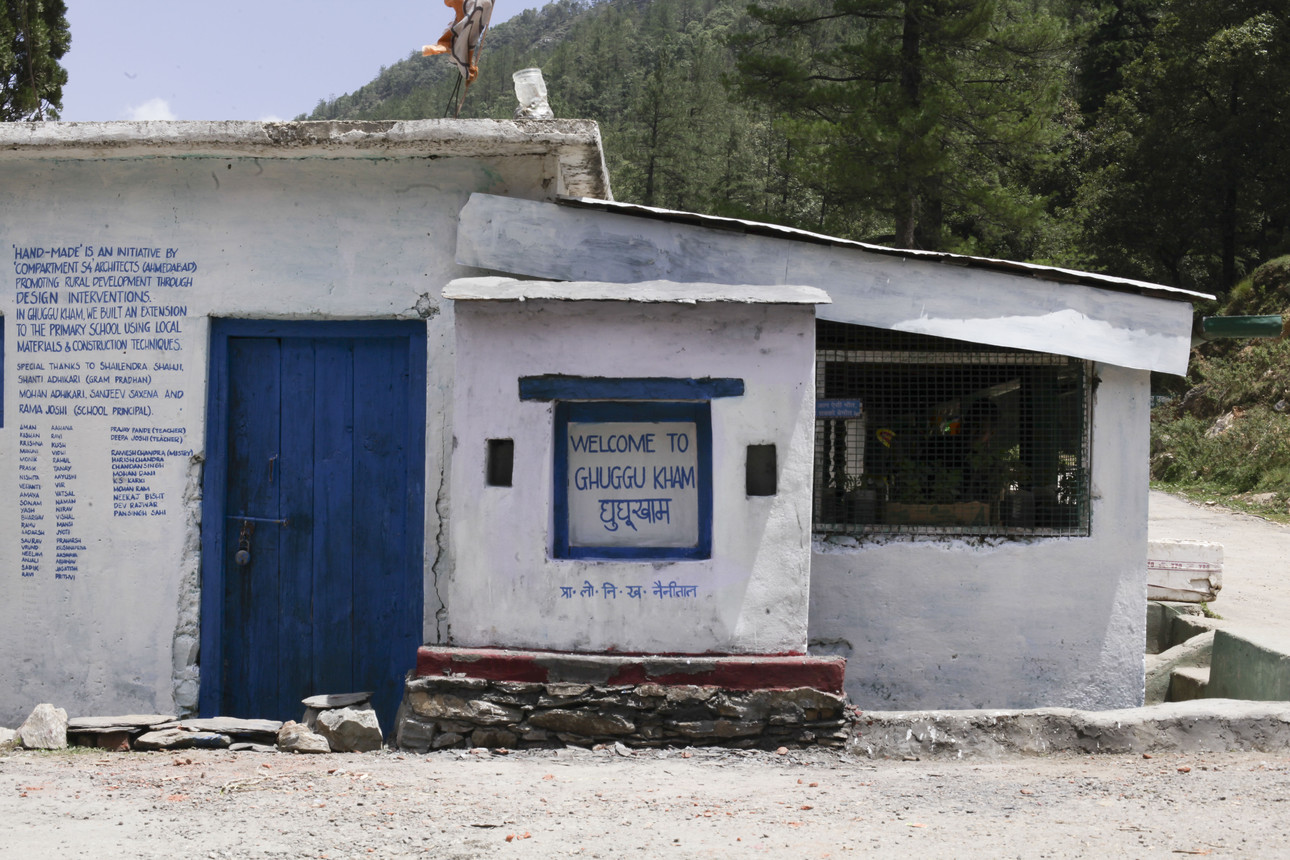 A built structure that takes inspiration from the traditional house forms of the region was designed and built as an interactive signaage. Within the structure a motion sensor is installed to detect a passerby and play soundclips. Eight soundclips inspired from the local practices and the environment, like the sound of the birds or a local folk song were carefully recorded and are installed with the sensor. These recordings play at regular intervals as and when a person passes by the structure. Since the built structure translates from local elements of Ghuggukham and sounds of the place, a sensorial experience gathers a passerby. Simultaneously, reminding and acquainting them of the richness this place holds within it. 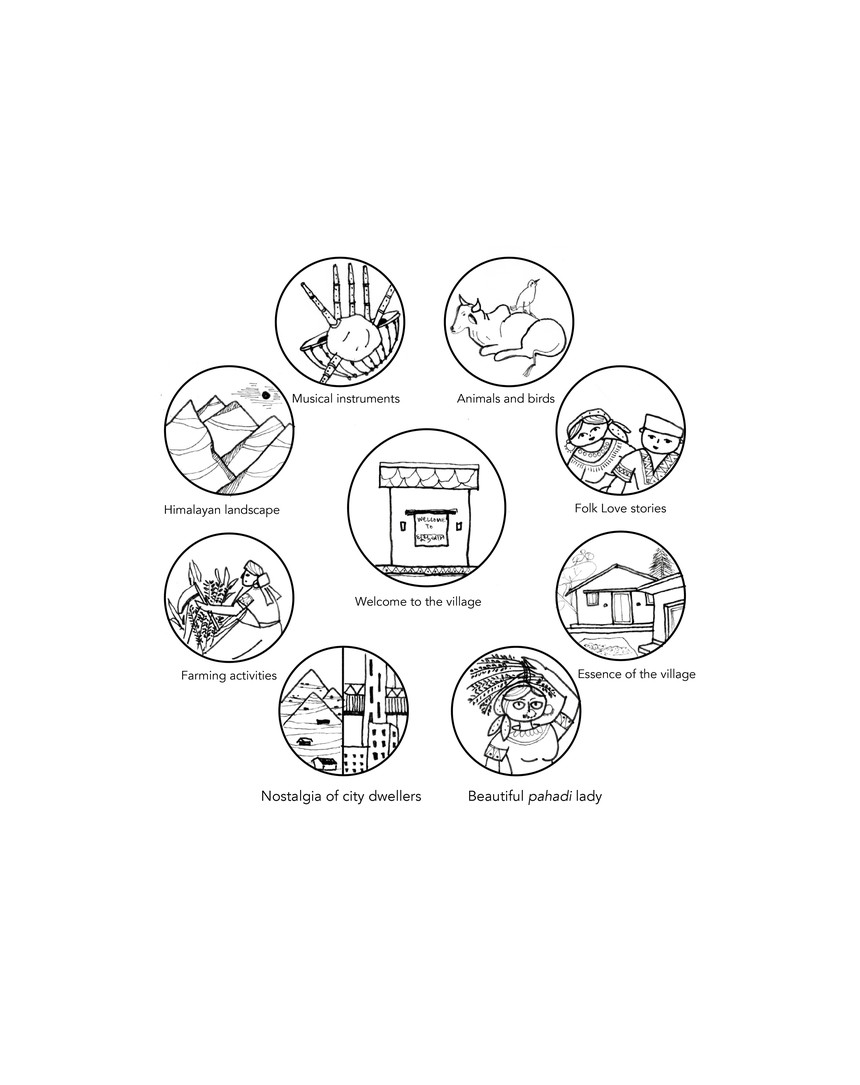 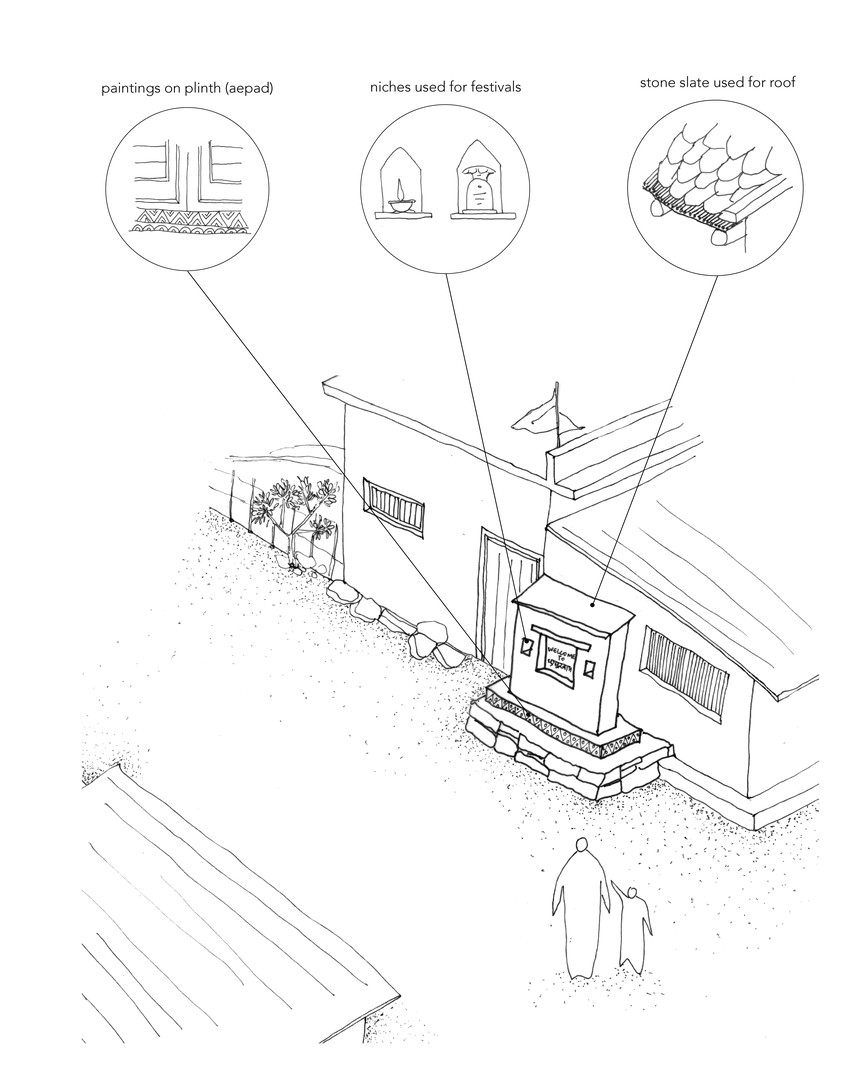 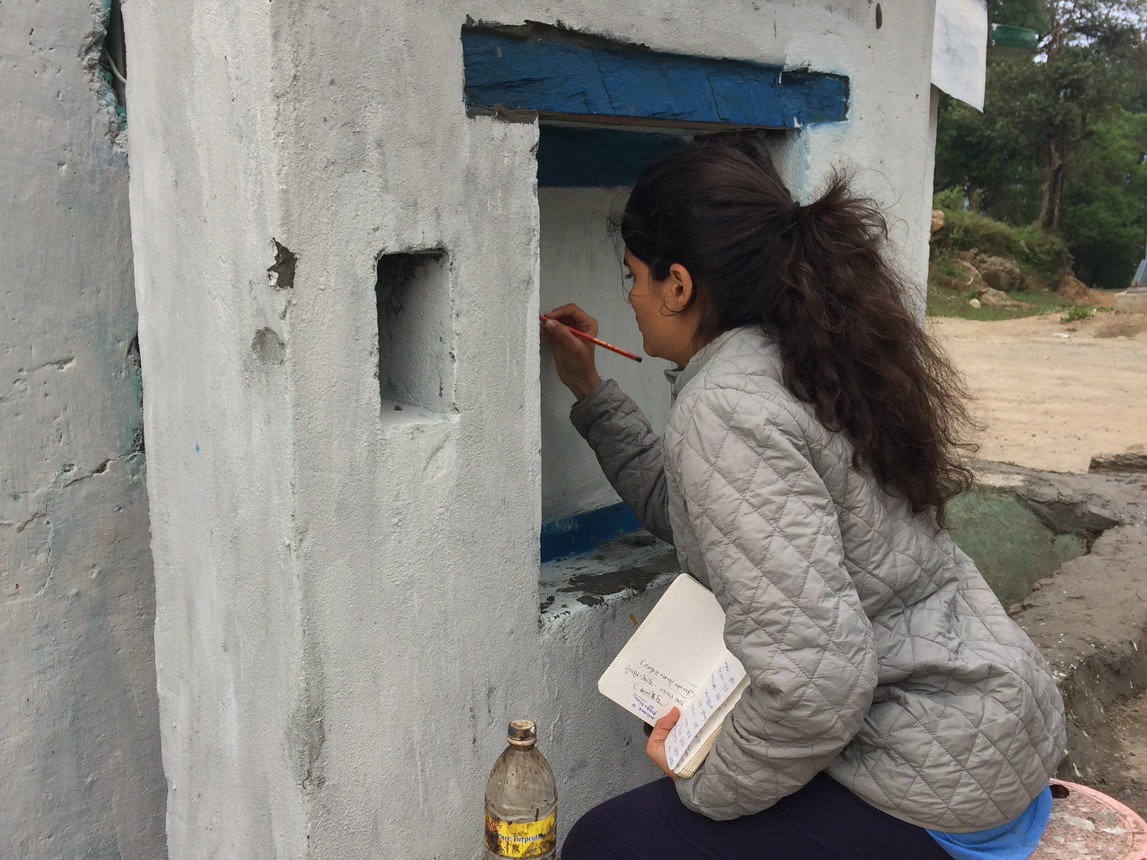 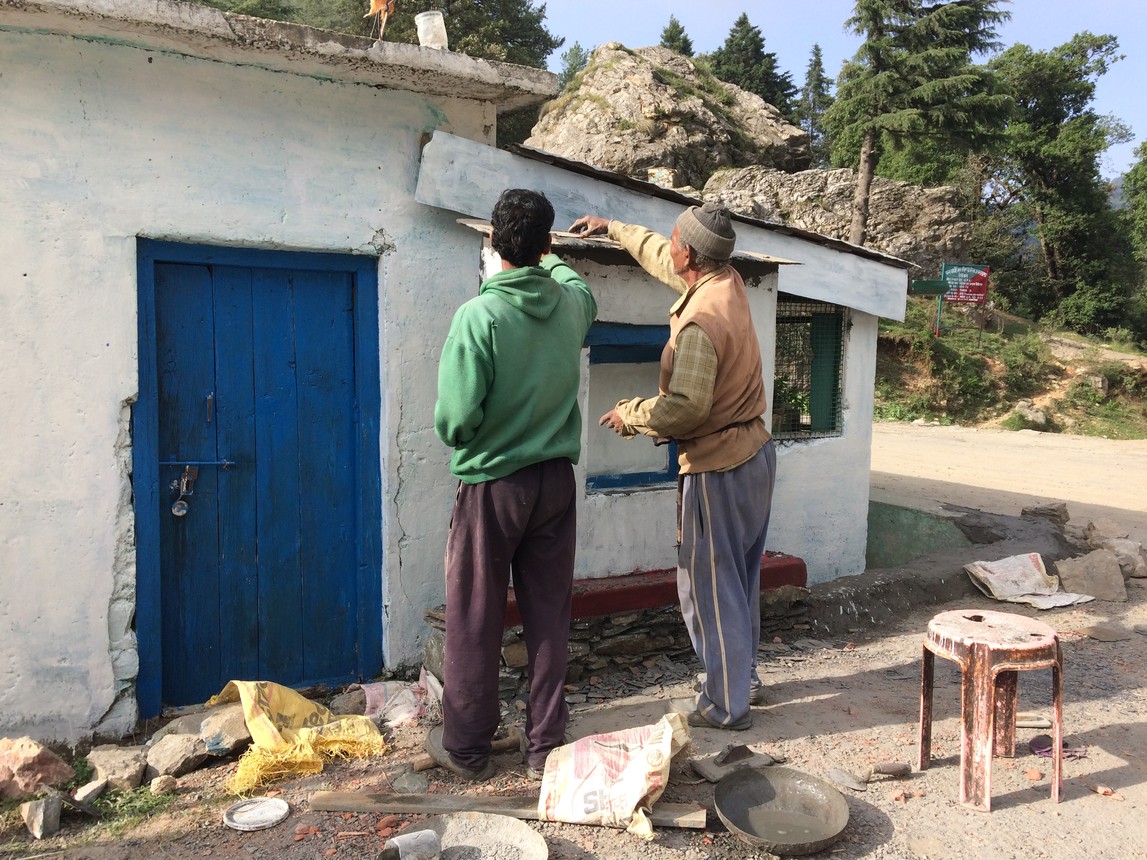