Tucked away in the Himalayan ranges, along the Sarda River, Gunji village nestles beside the Indo-Nepal border. Being en-route the Kailash Mansarovar pilgrimage, the location attracts plenty of travellers, pilgrims and mountaineers round the year. The temperature drops down to -25 degrees celsius in winters.

Considering the extreme climatic conditions, the built form is designed as per the 'Convection Effect' to create habitable spaces.The orientation of the structure and the selection of materials  is done with regard to the same. Due to the glass facade, the structure captures heat from sunlight, hence creating a green house effect in the Corridor. The stone walls inside act as a solar catchment element which then insulates heat inside the cabin. Moreover, black bands are provided to absorb the optimum amount of heat. Buffer spaces like corridors and toilets are placed strategically to insulate the rooms. The structure consists of 8 rooms, a cafeteria and a corridor that acts as a common spill out space for the rooms. The fenestrations on the walls are provided strategically to frame a view of the clear night sky of Gunji from the rooms. 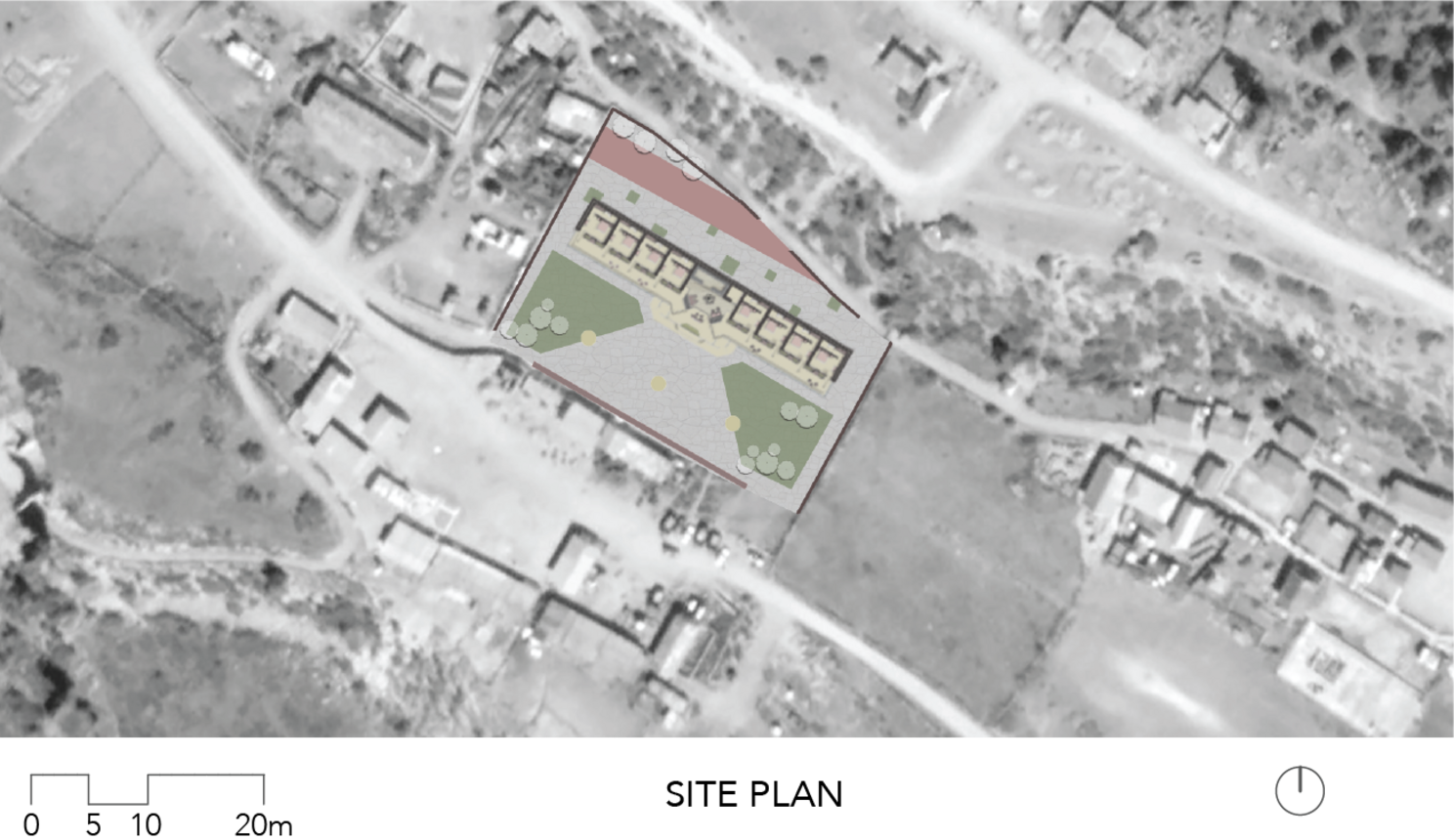 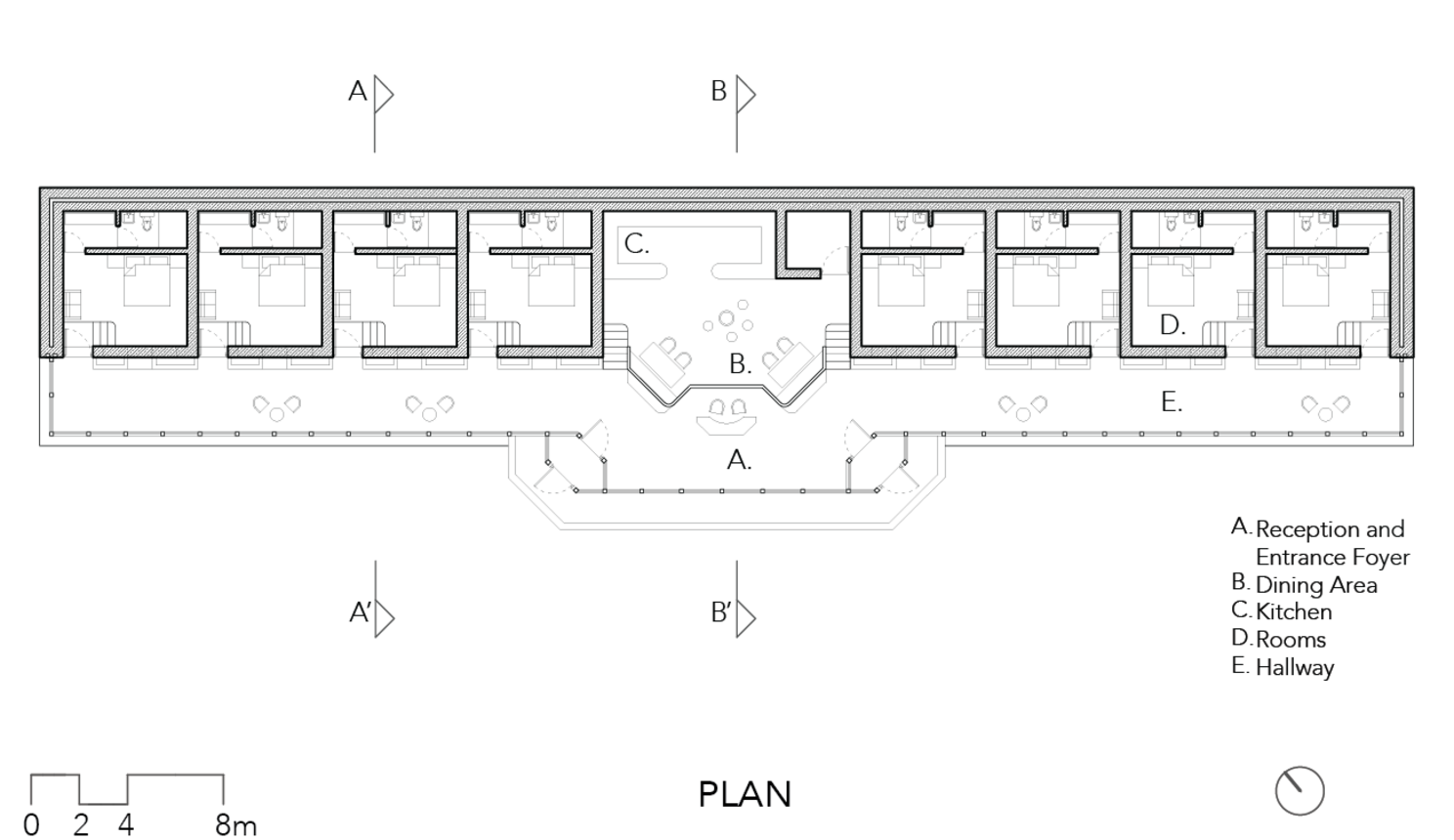 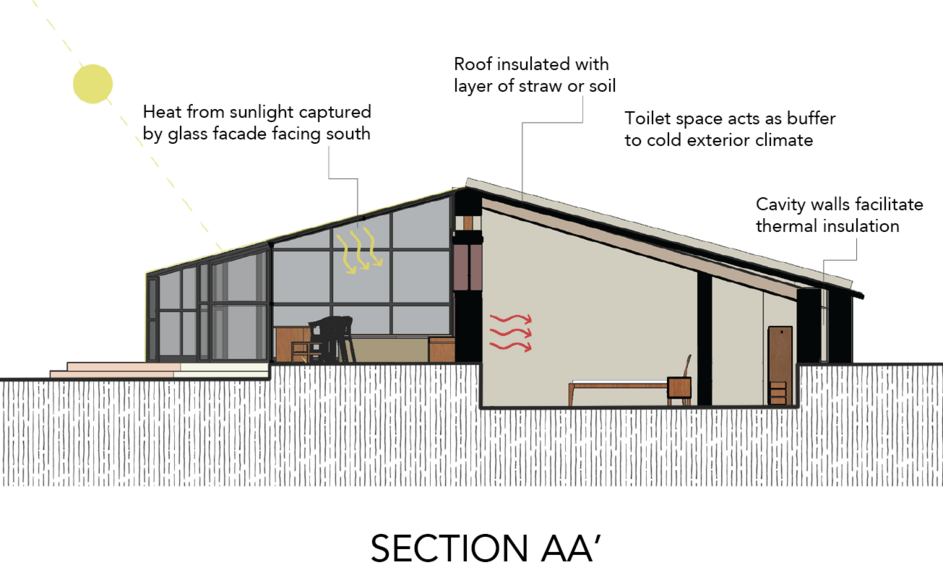 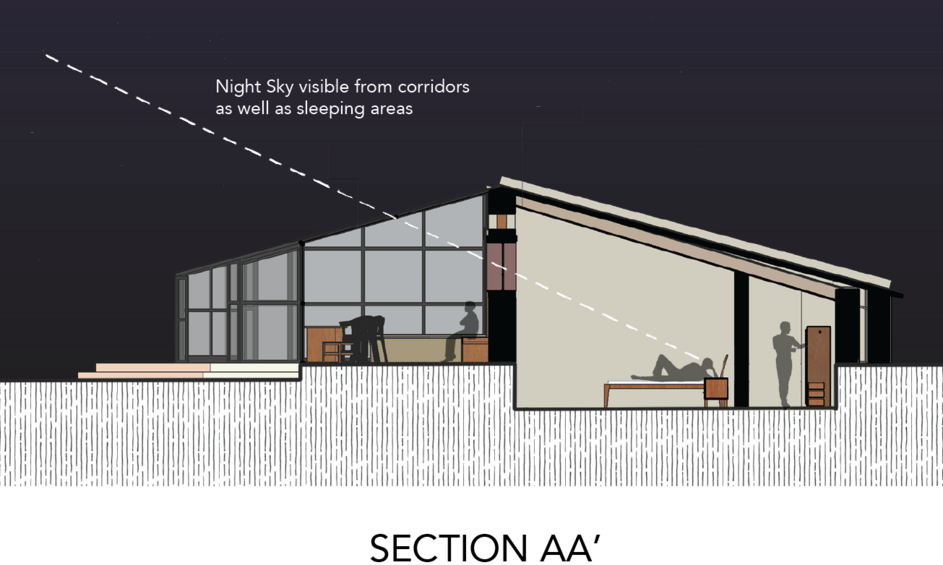 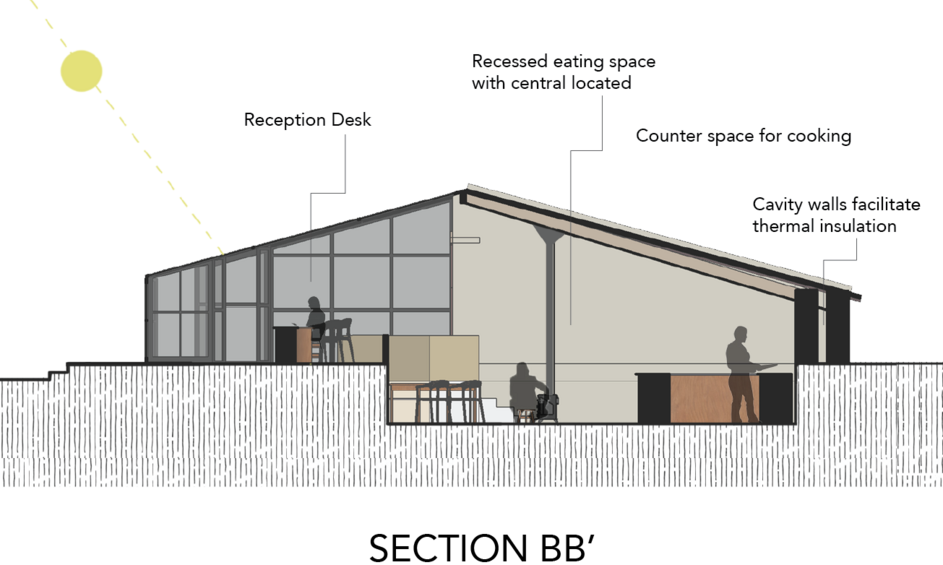 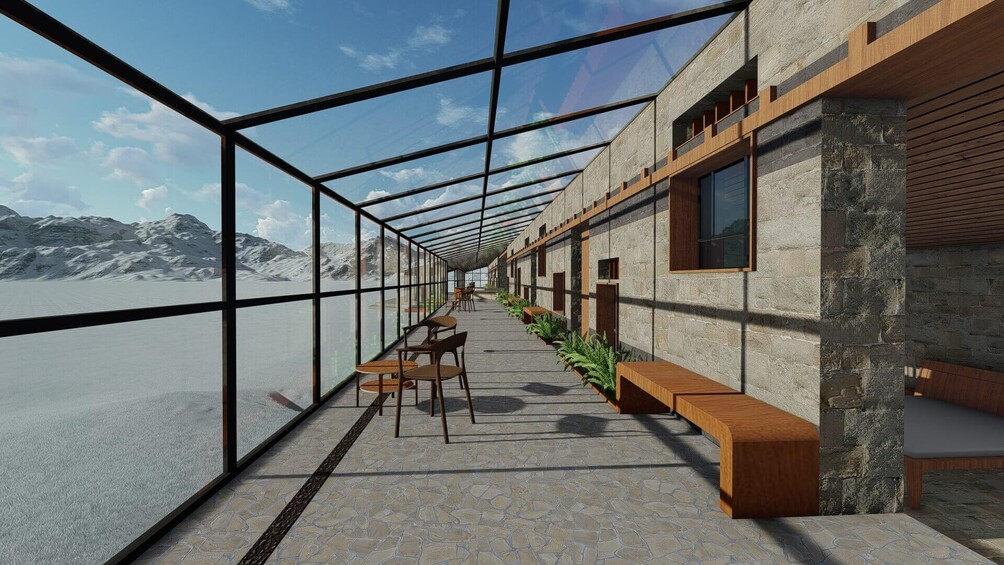 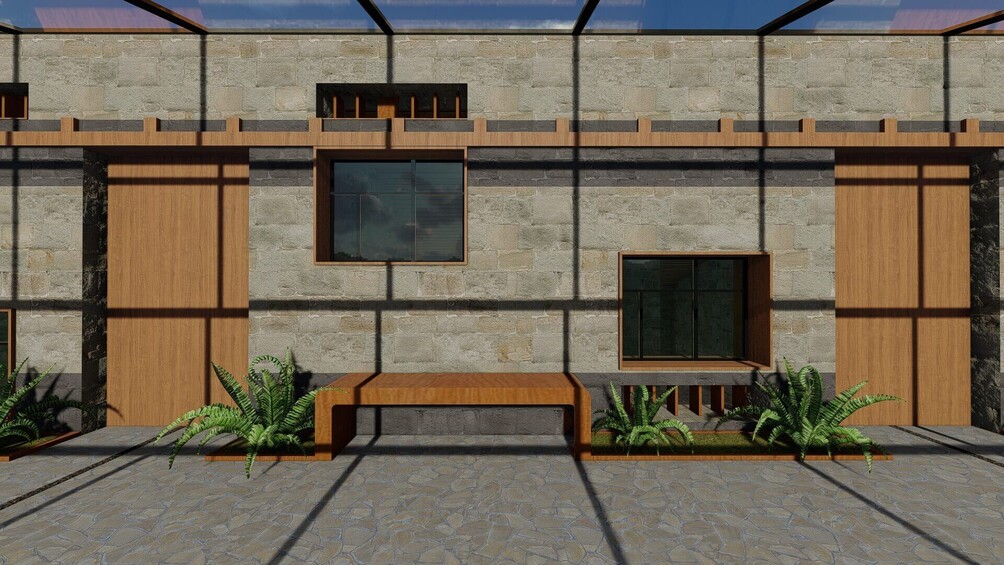 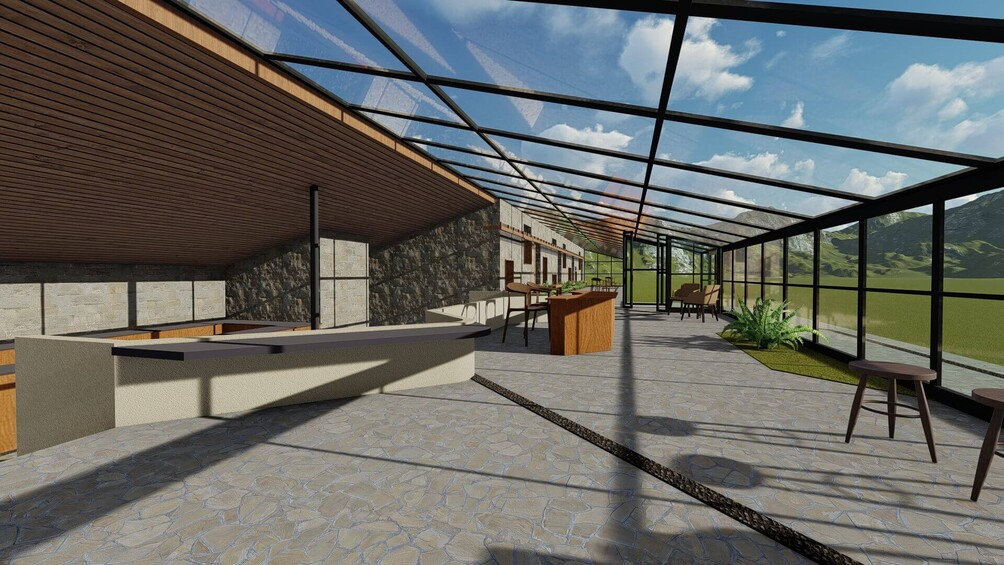